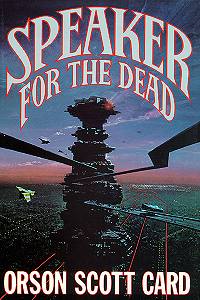 I  have always been a bit obsessed with death. From a young age, I devoured ghost stories and the like, looking for ways to explain how this phenomenon works. Is it just a page break before we start a new chapter in eretheral bodies? Do we go somewhere, or just shut off, like a star blinking out in the cosmos, perhaps leaving a hiss of energy before we dissipate into the nether? (Note that was energy dissipation and not gas… because that’s just a rude way to go, star or not.) Maybe we stick around and watch the show? Yet, after countless examinations of the possibilities, it inevitably turns from magnifying glass to mirror – to what happens when I die? Will anyone really care? After the band-aid ripping off pain of it (assuming the answer to the previous question might be yes for someone), will there linger a difference that ripples long after my passing (stop chuckling over that…the gas comment has, ahem, passed…)? Are there more stories to be told, like how our survivors feel? Did we matter to them? Did they really get us? Yes, these questions are morbid, but I also find them compelling. Or maybe I’m just a sick puppy. Yeah…that’s probably it…

Speaker of the Dead brings to us a concept that I really like. In it, there are Speakers, who are people called upon to speak the life of those that die, but not to just do it in a way that edits them into the saintly glazed being that funerals tend to endorse. A speaker is meant to explain the life through the eyes of the dead, not just going over the good, but also listing the bad. It’s not about demonizing the person though, it’s about finding truth. It’s about explaining who they were and why, and what they wanted to do, and if they failed or made it. It’s about examining who they were to other people, and through their own eyes, and finding that the story of their life is something much greater than what others may see on the surface. We all wear different faces for different people, a speaking tries to show the real one, which is not always just the one we see, but the many that remain unseen to us. It’s kind of a beautiful concept, and if you read the preface of Speaker of the Dead, Mr. Scott mentions how this concept has actually been picked up by others in lieu of funerals, and that even he wishes that someone would speak his death when the time comes.

So, the novel had a preface. Do not read it first, like I did. But why not, you may ask, since it’s at the beginning? Because it’s full of spoilers. If you are cool with that, go crazy. But, if your crazy resembles mine, stay away. Come back later. It’s worth reading later if you are into how writers write and come up with their stories and particularly how this one came about.

And how did I find the story? It was great! It was a wee bit dry in places, which is what I’m starting to think of as Card’s style, but I found once I got into it I really didn’t want to put it down. It had excellent insight into family life, human growth and mistakes, and characterization. There were a lot of characters, some even connected to the first book (You could read it alone, although I wouldn’t recommend it since it has enough spoilers to seriously make the first book less surprising. It’s also better if you come in with an understanding of things previous so you don’t have to catch up quite so much…but you know, if that doesn’t matter and you just saw the movie…you could). The awesome thing about the characters though, is how real they seem. As I said, there are a lot of them, and at first it’s a bit distracting (I was kind of like, Really? Another one?) but it all works well together in the end. Like a symphony of relationships. Ok, I’m getting sappy, can you tell I liked this book? Oh, yeah, and there are aliens… they’re called piggies.

Other cool things I can tell you are that Speaker was the original story that got Enders game made into a book (previously Ender was written as a short) so that they really do complement each other since Enders Game is kind of a preface…and that’s all I’m saying… Also, not only did Enders Game win both the Hugo and the Nebula awards, Speaker, which came out the following year, did too. This was a first time feat for both books in a series to win both prizes two years in a row (in 85/86 & 86/87). It also had certain nuggets of wisdom buried within it’s pages, one of my favorites was:

“This is how humans are: We question all our beliefs, except the ones that we really believe, and those we never think to question” – The Speaker, Speaker of the Dead by Orson Scott Card

I don’t normally re-read books, seeing as my list of to reads is getting to be about as long as I am tall, but if I had to be trapped on a desert island with a book bag, I would like this one in it (and Stephen King’s It…but that’s for another blog post). I’d love to read this again, which is funny, because I’ve just read it, but I suspect that there might be more, waiting under the surface, to ponder. I like pondering. And another thing to ponder…I wonder if they will try to make a movie out of this one?