I didn’t realize when I watched Ancient Aliens by History that this was the pilot episode of a series that has run 6 seasons and over 70 episodes, but it definitely does whet your appetite by giving loads of reasons supporting the idea that aliens may have visited earth in the ancient times. There was plenty of things they went through in the 94 minutes it ran, so I may end up checking the series out at a later time just to see them go a bit more in depth with some of their evidence and theories.

That being said, although it does give some examples from religious texts (Enoch’s – Noah’s great-grandfather from the Bible – trip to the sky and seeing and hearing a flying machine as well as the nation of India’s Sanskrit texts about the Vimana or mythical flying machines) the show relies heavily on information from the book Chariots of the Gods by Erich von Daniken and his ideas about the possibility of aliens visiting mankind in the past and various other pro-ancient alien contact believers so there isn’t really a lot of deep debate so much as a display of wonders of the world with a strong focus on their possible other worldly origins. 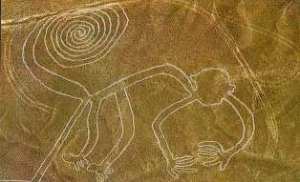 Since the concept of being visited by aliens is one I’ve heard about before many of the points they brought up weren’t new to me, but there were a few that were (a Turkish map that was created in 1531 that accurately shows details about the topography of Antarctica under ice which they couldn’t have known about and we just figured out was completely accurate in 1958, and a metal “computer” found in the ocean in the 1900’s and when they x-rayed it in the 50’s found that it has “more gears than a Swiss watch” inside and was probably used to chart seas and astrological charts in pretty cool steam punk fashion from about 200BC, and possible light bulb use in the pyramids).

I also found it interesting to see all the various forms of architecture that they talked about (from the pyramids – particularly Giza in Egypt and Palanque in Mexico, stone henge, Easter Island and Pumapunku in Bolivia) the high altitude designs in places like Peru and the alieney artwork.

If you are interested in a peek you an check this out here:

And for every theory, there are also the debunkers of that theory, so, if you’re interested check out Ancient Aliens Debunked on their views of the series.