So, it’s been a week since my last post, and after the mad dash to the end of my last challenge I have the distinct feeling that I have been playing hooky all this time. I must admit, hooky is kind of nice little holiday…but writing is nicer, so I thought today in honour of Canada Day, I’d do a post about the Great White North, eh?

What is Canada Day? Its a national holiday that marks the anniversary of the Constitution Act of 1867 (AKA The British North America Act, 1867) where basically we became a country in the British empire. It’s also an excuse to not go to work (if it’s not on a weekend) run around wearing red, white and/or maple leaf themed items, feel proud about the land we share, shoot off fireworks and do all the other good party stuff you might want to do. This year marks 150 years, so it’s kind of a biggie.

Speaking of biggies, the title of largest North American land animal goes to the Wood Buffalo. These massive beasts can weigh in at a whopping 1150 kg or 2535 lbs!!

When you think of Canada, there is a good chance that Hockey comes to mind, and there is no doubt a large following of fans here, but although some credit the country with the creation of the sport, there is some evidence that it actually originated elsewhere. That’s OK though, as there is another sport that was created by a Canadian (although he was living in the US at the time…does that mean we get half credit?) that you may not be aware of…

The Canadian credited with this invention is Dr. James Naismith

Although our neighbours to the south may be more abundant (we have only about 10% of their population even though we have about the same – if slightly more, actual land mass) Canadians also have an equally fierce sense of pride in our country. Much like the States, many Canadians find their ancestral roots come from all different corners of the world, but have found a place here where we can come together to be one diverse melting pot of people, working together, sharing our cultures and ideas. Speaking of sharing we also have a whole lotta people representing team Maple Leaf in Hollywood. Such as…

Did the Notebook have a maple leaf on it’s cover? Ryan Gosling and Rachel McAdams = Both Canadian

And so are both these guys… (Michael J. Fox and Seth Rogan)

Ryan Reynolds may have learned this move at Hockey practice… 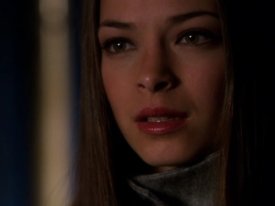 You might know her from Smallville or Beauty and the Beast, but Kristin Kreuk is a Canuck.

She might be an elf, Hope van Dyne or on the wacky island in Lost, but Evangeline Lilly once hailed from Alberta

There are so many others, I really could keep this post going forever, but I think you get the picture.

Canadians are not perfect, although we have a great rep as peacemakers and doers of good abroad.  We still have our own issues, particularly upsetting is our treatment of Aboriginal peoples, but there are a lot of other rocks you can turn over to find nasty and lesser known surprises under. Our history and the people we have become forces us to find a way to reconcile this and so we are taking tentative steps. Right now, I like to think our future is hopeful, and having a homeland that is peaceful and safe for its members is huge blessing.

I could wrap this up talking about the usual other suspects, like maple syrup, poutine, beavers, mounties, polar bears or our most righteous free health care but I think I’d rather just talk about how much I love this place. I’ve been lucky enough to live in or visit several different provinces, both in bustling urban centres and out in the far wilds where there are more trees than people, and no matter where you go you are so often surrounded by quiet beauty. I’ve had my breath taken away by dancing northern lights, skies clear enough to see a plethora of stars, and the haunting sounds of loons and lapping water. And even though this hermit may seek out the wilds and lonely places, the cities are actually pretty awesome too, because there are a lot of people here who share similar values, who are kind, diverse, unique and welcoming. Maybe not all of us, and maybe not all the time, but enough to be proud of. I’m so glad I won this lottery, and can call Canada my home.

Script challenge – It’s a comin’ but still lots of work. Deadline is August 1!