For the final #3 photo series of my recent trip I’ve captured some more fowl and fur in digital goodness. I saw a pair of loons come floating along the treeline to my left while out at the lake. I started calling to them, (isn’t that what one does with loons? Poorly imitate them?) and then got some calls back from another pair that were comming from the left side. I think they were wondering what the heck I was saying, or trying to place my looney accent, so decided to come a bit closer to have a look, much to my camera crazy glee. 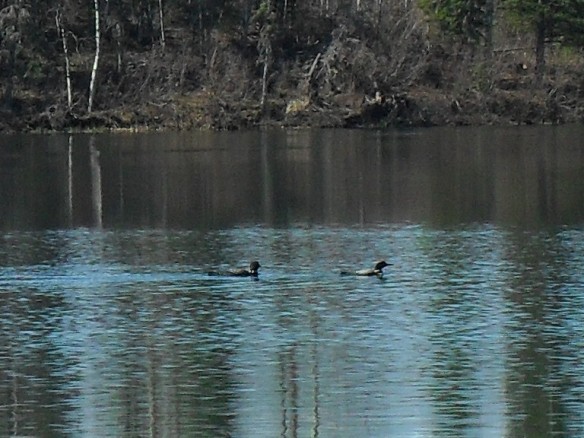 Bird in front: Wow, honey. That shore bird’s loonish is terrible! Where did they learn to woo-ooh-woo-ooh? 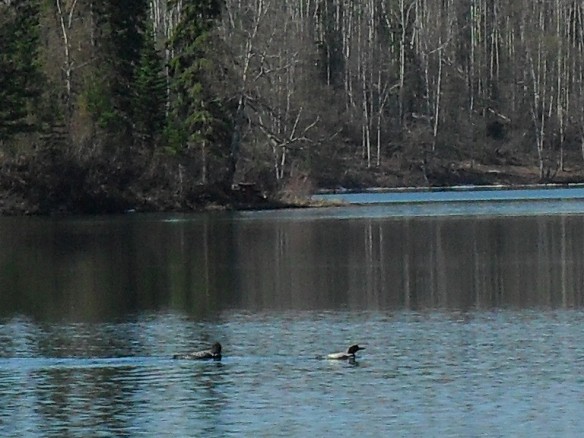 Bird in back: Just keep going dear, it isn’t polite to stare. 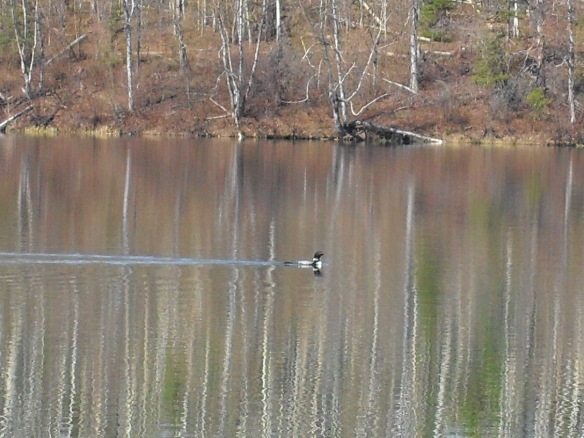 Bird: I’m thinking if I can just be nonchalant, weird shore bird with the accent and the little box on their beak won’t notice… 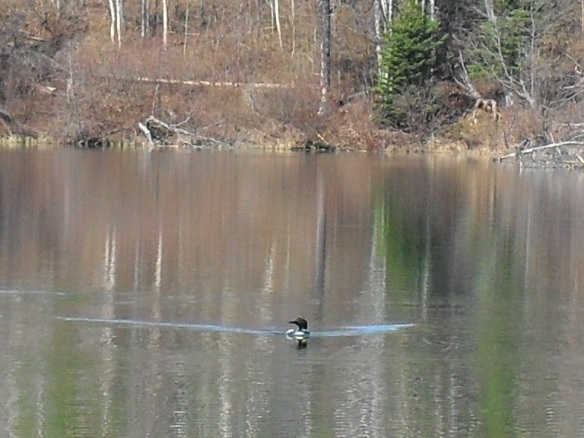 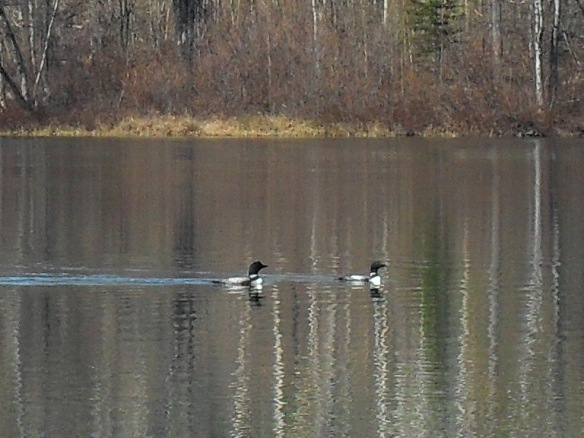 Bird in back: Well I’ll be. It is a smoothskin. And I thought they didn’t speak loonish.
Bird in front: I don’t know if calling “Are you there?” repeatedly is “speaking” exactly…

I then was given the option of finding out the secret of why the Canadian goose crosses the road, apparently it has to do with getting to a ,, , pond on the other side. 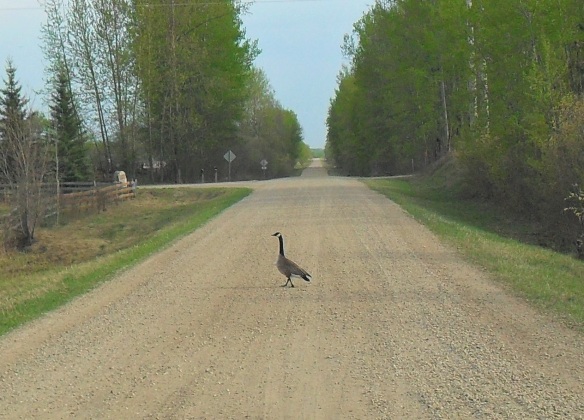 Canadian Goose: Why did I cross this road?

The final furry pic was taken by my partner after a bear crossed the deserted highway in front of us while I was driving. I slowed down just enough for them to snap this great shot, which may have come about as the bear was wondering why the heck we stopped and stared at him. Since this is my first live bear sighting in the wild I was so happy with the result, I’m thinking I might finally have found a picture for my gavatar! 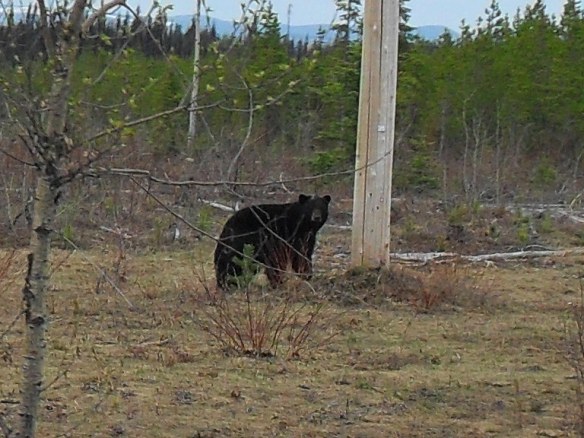 Bear: It’s not polite to stare….what, do I have a burr on my nose?