If you read my nodey story posts you may have been wondering what happened last June when I went for my last appointment. (If you want to read the back story you can read my dirty nodey little secret and then this dirty nodey veggie life to get caught up.) If you want the quick and dirty version, I have two nodules in my neck that my doctor likes to check every so often. At first, this terrified me, but as time passed and nothing further happened I’ve mellowed to a nagging discontent, and mostly just ignore it. In an effort to take control of my worry, last March I become a vegetarian to see if it has any effect on the nodules, as some fringe theory medicine says it may may make them go away. I’m testing that theory to see if its true. 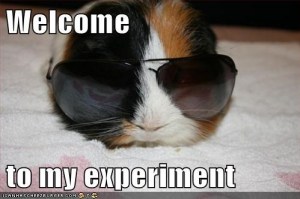 The first step was to go and get some more imaging on my neck by way of an ultrasound. This appointment had a tech who did not have the same bedside manner as the last one. She was quiet, professional, but kind of grumpy. The high point was that I did not have to position a pillow in a weird way like the previous time, but I also was not positioned to see much of the screen, which I actually found kind of worse, because I really would rather see what was going on. It was over shortly and I got up and left, making an appointment for my doctor so we could talk about what came up.

And what did come up? Nothing. Both nodules were unchanged, and no further ones had developed. So,no news is good news. However, this time she mentioned that my image did have lots of little marks on it, indicating either more super tiny nodules or small cysts, but none of it was new or noteworthy as they were there before. This was news to me, and I was a bit disappointed that it wasn’t worth a mention previously and only came up when I started talking about getting a copy of the image we were looking at. She used this information to explain why it wasn’t necessary for me to have it, and I can see her point, as if there is a constellation of crap in my neck (and I’m assuming everyone else’s) this could be a waste of time if I kept coming back in to ask questions on each one or just kept obsessively analyzing it (who me? Ok, yeah, I would). She felt it was best to keep it with the pros, so I didn’t get a copy. It will remain on my file, so I might ask for it in the future, since the obsessive part of me still wants to compare stuff on my own. It is my neck on the line after all, har har har.

So, no bad news, but after going meatless for the three months leading up to it, I was a bit disappointed that there wasn’t a miraculous cure happening. It’s not to say that in my next follow up, which won’t be until June of 2015 sometime, it couldn’t happen, but that would be committing to a total of 27 months sans bacon! Would my guinea pig experiment be worth 2 plus years of no meat? On the other side of the coin, in three months of veggie eating, I also had no new nodules of note and no growth in the existing ones, so perhaps the food was working in some small way, and if not reversing it maybe it was stopping further growth. How would I know which was true? The only thing I can figure to do is continue my experiment and see if more time means more answers. A miraculous cure would be great, but it also could come down to semantics. Do I believe it’s helping? At this point it’s inconclusive.

So, continue I do, on this veggie trail. Fear not beasties small and large, on you I shall not chew. I’ve also fallen off the eat less boxed/processed food and make lots of fresh home made juice wagon, but that doesn’t mean I can’t get back on it, and if I want to do the experiment right, I guess my laziness must stop in the food department too. *Sigh* Oh, woe to you laziness! How I do miss your sweet bliss…

So, last weekend, I made some of my own OJ in my juicer (it was delicious) and some bean salad (ditto) and will try to either slowly get back on that wagon or at least keep up with its gentle plodding by running along beside it with one arm on top whilst chewing on some veggie pizza from a box. And wait and see some more. Oh, boy!